In comparison with its much rougher counterpart, tag and touch rugby are only minimally contact based, providing an unintimidating and mellow alternative and enabling players to leave the pitch unconcussed and with all bones and ligaments firmly intact.  The game challenges agility, running and ball handling skills such as passing and catching.  The sport is primarily played on a social level, but there are now commercial leagues played in Britain, South Africa and New Zealand.  Generally played six or seven a side, matches can be single-sex or mixed.  The rules are easy enough to understand and the skills can be picked up as you go along.  There are plenty of ways for you to tag along and get involved in the growing sport on a fun and social level throughout London.

Try Tag Rugby offers male, female and mixed teamed leagues.  Individual sign ups are placed on the same teams, so everyone is on a social par and can bond from an equal footing.  Partners, small groups and full teams, such as corporate or friendly, can also register to play with and against other like minded individuals.  Games last 40 minutes, in which stamina and the heart rate will be unknowingly pushed while you are immersed in the enjoyment of the game.  Players of all standards and fitness levels are encouraged and will be grouped with players of a similar level.  If a 40 minute match is a daunting prospect, rolling substitutes will be on hand to provide relief for the hyperventilating, keeping the match in play.  Like any social sport worth its salt, players assemble for drinks and grub at a nearby pub, where they discuss tactics, techniques and tag related trivia... and probably touch upon some unrelated topics.

Pricing:  The price of a league for a solo player is approximately £50, whilst teams will pay around £425. You guessed it, you can try Try Tag Rugby before committing to a league by showing up at one of their trial days.

Go Mammoth’s touch rugby consists of 6 players on a team, with at least 2 females on the pitch at any time for mixed games.  They facilitate both recreational and intermediate level, with games played over two 20 minute halves.  Experienced and friendly referees supervise all play, ensuring no dirty tactics or inappropriate touching, and all equipment is provided.  Teams huddle at one of Go Mammoth’s sponsor bars where they can take advantage of the specials and discounts.

Pricing: Approximately £65 per individual for a 9 week league,

If you’re not ready to commit to a league…

02 Touch provides training and taster sessions for curious beginners and anyone considering joining a league but who is not sure if it’s the right fit.  The sessions take participants through the core elements of the game, improving upon knowledge and skill.  At the end of the coaching session, players will put what they’ve learned to the test in a friendly game.

If you’ve been touched by this article please tag a mate and head on down to a session near you. 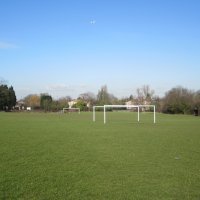 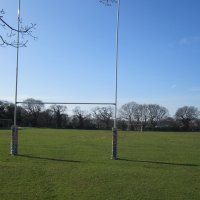 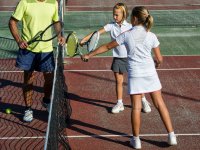 South London is the home of tennis, with Wimbledon hosting the world's biggest te... 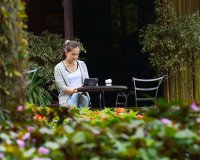 When one thinks of a park cafe, one might picture a small kiosk brandishing polystyrene cups of inst...

How to Get Involved with 5-a-Side in South London

If you’re looking to dust off the old boots and make an attempt to get back to the form you we...

They say the grass is greener on the other side, but this is a not statement that can be expressed t...