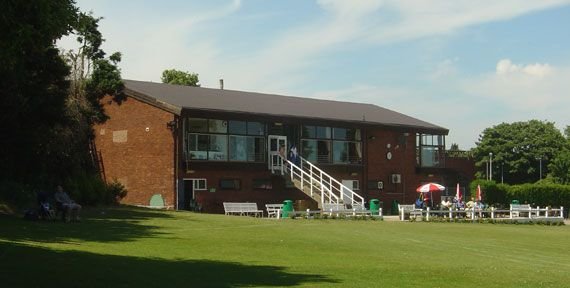 Continuing the theme of Dulwich's sporting alphabet, this covers J to Z in the series with sports such as netball, muay thai, tennis and swimming.

If you want a combination of self-discipline, exercise and focus then head to Dulwich Leisure Centre every Friday from 4pm to 6pm for their judo class. Ju-Jitsu is also on offer which is slightly more physical and takes place every Saturdays from 1.15pm - 2.15pm.

Karate is a striking martial art which uses punches, kicks, knee strikes and elbow strikes, making it ideal for helping you get on the train in the morning.  It was made famous by Wesley Snipes and the Karate Kid and Saizen Kai have a variety of classes at the Trevor Bailey Sports Ground every weekend.

The English Lacrosse Association has a useful Lacrosse Club Finder and a good example of a friendly lacrosse club is Blackheath Lacrosse Club.

Dynamite Gym have a variety of Muay Thai classes (main form of Kick-Boxing) available throughout the week at venues such as Dulwich Constitutional Hall and the Goose Green in Dulwich. Furthermore they offer a free trial for their first lesson.

Thanks to Netball England?s aptly named ?Back to Netball? initiative Netball has seen an explosion in popularity as it essentially for women what 5 a side football is for men. The Rosendale Playing Fields have two excellent and seldom used netball courts. Alleyns School and JAGS Sports Club also have excellent courts available outside of school hours. You should also check out local clubs such as the King Griffen Netball Club

We've always been told to respect the elderly, especially if there is a chance of inheriting something. Seated exercise sessions for the elderly take place relatively near to Dulwich every Tuesday from 12:15 to 1pm in the Ackroyd Community Centre Main Hall, SE23 1DL.

Pilates is incredibly good for your posture and involves body weight exercises using specialist machinery. Push Studios in East Dulwich offers Pilates classes to suit all abilities. Whilst predominately popular amongst women, increasingly men are beginning to forget social stigma amongst their peers and reap the benefits and Dulwich Leisure Centre is another good Pilates venue.

Considered fairly ?old-school? and very 1980s, the best place in Dulwich for quad roller skating is Dulwich Park which has a suitable network of concrete paths and provides a picturesque visual backdrop too.

Again you are spoilt for choice as Dulwich has two places to go. First there is an indoor climbing wall at the JAGS Sports Club and secondly the even more impressive  Crystal Palace National Sports Centre which has an excellent indoor climbing centre. Both are  open to anyone with beginner sessions available. All equipment is available to hire too and experienced instructors will show the ropes?

This is an edgier version of quad roller skating and Dulwich Park again should be your port of call due to its extensive network of paths combined with tranquil, pleasant scenery. Otherwise you should head to Belair Park where there is a Skate Park with a range of ramps and rails. However space is fairly limited so a final suggestion is Crystal Palace Park slightly further away.

Yes, it is Dulwich Park again. Boats can be rented during the summer months on the fantastic Dulwich Park Boating Lake. It is worth combining with a bottle of wine and a picnic and boats are usually hired for half an hour to an hour at a time.

Believe it or not this actually possible but you will need to head to relatively nearby South Norwood lakes and grounds. This is where you will find Croydon Sailing Club who make use of the boating lake throughout the year (predominately in summer). Member fees are very low and racing takes place every Sunday throughout the year.

Squash is incredibly good for your fitness and is weather proof. However pay and play courts are rare and in general you will need to become a member of a squash club in order to book. Examples of Dulwich Squash Courts include Dulwcih College Sports Club and Dulwich Squash Club.

Swimming is one of the only sports which gives you a full body workout and can make you look seriously good with your clothes off. Public swimming pools are available at the Crystal Palace National Sports Centre and Dulwich Leisure Centre. The Crystal Place pool is Olympic size (50m) and also offers diving boards. For members only swimming head to Dulwich College Sports Club. 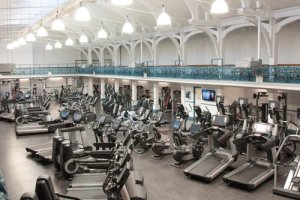 Outdoor table tennis courts are available for free in Dulwich Park, just bring your own bats and balls. You can also use the JAGS Sports Club Sports Hall for Table Tennis and if you are a member the tables and equipment are included.

This modern martial art focuses on self-defence and has become increasingly popular on the back of a GB silver medal in London 2012. Mazuki offers classes to children of all ages and adults at Goodrich Community Primary School every Tuesday evening.

With summer finally here (famous last words), tennis is one of the most sociable and fun sports to get into. Furthermore Dulwich has plenty of public and club tennis courts available. Examples of Dulwich tennis courts include Rosendale Playing Fields, Belair Park, Dulwich Park and Sunray Gardens. Members only clubs on offer include Camber LTC, Dulwich LTC and Old College Lawn Tennis & Croquet Club.

The question is how can you not like trampolining? It is Invigorating and makes you feel like a child again. It is available at Dulwich College Sports Club every Wednesday from approximately 7:30pm to 9pm and is around £8 for non-members.

We have to hold our hands up and say we genuinely couldn?t find a U, nothing, nada. Unicycling, unihockey and underwater hockey proved fruitless sadly. Unless you own a unicycle in which case you should head to Dulwich Park?

Herne Hill is home to one of London's only Cycling Velodromes and has seen an increase in popularity on the back of Sir Chris Hoy and his team mates? success at the Olympic Games. It is open to all ages with various sessions available for beginners. 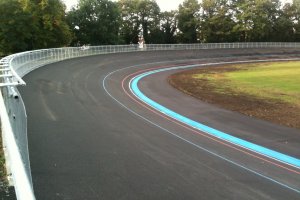 The answer is hands down Dulwich Park. With its winding paths, boating lake and pleasant grounds, Dulwich Park is the best place for a Dulwich walk. Otherwise Belair Park in West Dulwich provides a short stroll around the mansion, but difference between the two venues is the same as comparing steak to hamburgers. Get Walking can also help you find suitable routes around Dulwich.

Certainly a tricky letter so cross-training is clutching at straws somewhat. However Dulwich College Sports Club, JAGS Sports Club and La Fitness Sydenham all provide cross-training machines in their gyms which are available for members only. Pay and play gyms in Dulwich with x-training machines include Hamlets Health Club, Dulwich Leisure Centre and Crystal Palace National Sports Centre.

Popularised by Ryan Giggs who is still playing Premiership football aged 57, Yoga is surprisingly challenging and incredibly good for you. Types of Yoga vary enormously from Hatha, Iynegar to sweaty Bikram Yoga so it is worth familiarising yourself with this Yoga Guide. Yoga classes are available at Push Studios, Dulwich Leisure , and Dulwich College Sports Centre and most are pay and play.

This is an increasingly popular Brazilian sport providing both the happy and sweaty factor. Dulwich Sports Club offers drop-in Zumba Classes throughout the week with no membership or commitment needed. Shake That Zumba have classes at the Charter School in North Dulwich every Wednesday from 7:45pm and 8:45pm and Brixton at various other times during the week. 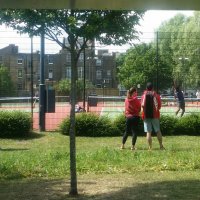 Dulwich is certainly many things. Leafy, edgy (or at least trying to be), lethally expensive, sleepy...

The A to Z of Sports Facilities in Dulwich - Part 1

Inspired by the London Olympics and thinking of dusting off your athletics spikes or pe...

Bowls can be perceived as being an old man’s game, but Southwark Park Bowling...

Southwark is home to many of London’s famous landmarks, markets and cultural venues.  The...