Following on from the success of our Best 5 a side football team names, the following list is equally hilarious as they are the names of real football teams. They range from the ridiculous to the brilliant. Feel free to add any more in the comments below.

This Argentinian outfit wins the coveted OpenPlay brilliant football team name 2014. A unanimous winner. Everyone wants to be a moron. Their players are morons, their supporters are morons. Even the coach is a moron. 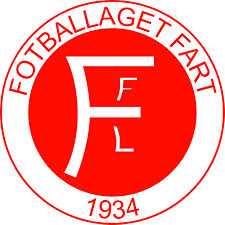 They are a Norwegian club based in Vang towards the north of Norway. They are genuinely known as 'Fart' for short and even better is their ground which is known as the 'Fartbana'. The Fartbana has housed Fotballaget Fart since 1934. Whilst Fart started as a male team, it has focused more recently on its female team. In case you were wondering the team names means 'the football team speed'.

Just to clarify they are pronounced 'vanker' and a Peruvian team based high up in the Peruvian Andes. They were formed in 1996 in the city of Huancayo and named after the local 'Wankas' population. If you think this is made up, check them out on Wikipedia - it simply must be true. It must also be noted that 'Wanka' in the local language means Warrior.

Pronounced 'love ham' due the weird 'ø' in the name, Love Ham are based in Scandinavia. Norway. They were founded in 1975 and played in the Norwegian second division. They had a handball division but sadly merged with another club to form FK Fyllingsdalen.

A Trinidad and Tobagoan (Caribbean) team who attract everyone to play. It doesn't matter who you are or where you are from anyone can play for Joe Public. They were set up on the back of a dismal performance by the 1996 Trinidad and Tobago Football Team who failed to qualify for the 1998 World Cup

Surprisingly Botswana exports reasonable quantities of beef, particularly to South Africa, although I can't say I've ever seen it in Tescos. Either way the Botswana Meat Commission Football Club are a strong team of footballers from the Lobatse region of Botswana who were set up in 1969 and compete in the Botswana Premier Division. They have a 22,000 seater stadium, VIP grand stand, VIP lounge and commentators box.

A slightly sinister connotation to this Swiss team, there's just something not right about calling a team 'Young Boys', let alone setting fire to them. This Swiss team is made up of greats such as Christian Ziegler and famously held Tottenham to a three all draw in the Europa League. So whilst their name might suggest Young Boys, they are clearly men on the football pitch.

Semen Padang Football Club are a professional Indonesian football team playing in the Indonesian Super League and based in Western Sumatra. They were established in 1980 and are owned by a cement company, funnily enough also caused Semen Padang. I don't really need to add anything further, their name is truly brilliant.

Yet again it is back to Botswana which really seems to be the home of funny football team names. I really don't know how the naming process works for Botswanan football teams but I imagine for this team it went something on the lines of, "you are a boisterous lot, therefore you will be called naughty boys"? Extraordinary either way.

Back to Botswana again and it is the priceless Golden Bush. Whoever is in charge of naming football teams in Botswana deserves a knighthood.

I had to Google where Eritrea is (North Africa) but actually this football team are from Ethopia next door in case you are interested in North African geography.

Every team should always be ready to play football so it is therefore sensible to have it as your team name as well as mantra. They are based in Bolivia so are yet another representative of South America in the definitive funniest football team names list. 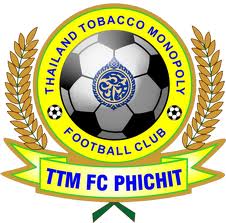 This is another example of an exportation company which has created a football team. Most people would never admit to having a monopoly but this tobacco company are actually very proud of that fact.

This outfit from Barbados have tried to add a bit of grizzle to a vocation which lets face it is incredibly boring. Thus the insurance management bears. Personally I would have gone for 'sharks' which is definitely more appropriate.

This female football team is based in South Africa and tend to take their opposition to the cleaners..

Unfortunately Wankie Colliery FC changed their name to Hwange Colliery Football Club, which is an enormous shame as their original name was much better. They are based in Zimbabwe and have a long history stemming from the building of a railway line around the Victoria Falls. Some of the local miners let their hair down by kicking a football and decided to call themselves Wankie FC. As the team expanded I guess they became self-conscious...

They may have an arrogant name, but this Bolivian football team fully deserve this having been in the top division for longer than a century. They are based in La Paz and are the oldest active football club in Bolivia.

The burning question is why on earth did King Faisal choose this name for a professional football club? They are based in Ghana and have a 40,000 seater stadium and compete in the Ghana Premier League. 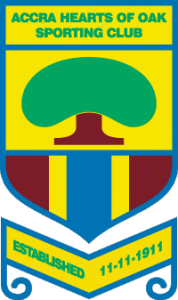 It's over to the Ghanian capital, Accra for this professional football club with a 40,000 seater stadium. They are the oldest existing football team in Ghana and their name suggests strong roots and core ethos.

The full name of this North Argentinian team, founded in 1913, is Club Atlético Chaco For Ever but known as 'Chao For Ever' for short. I just love the way they've added an Argentinian/dyslexic twist to the name or it was slightly lost in translation. They're currently in the 4th division of Argentinian football but once were once riding high in the Primera Division. They're probably Argentina's answer to Wimbledon FC. By Sam Parton