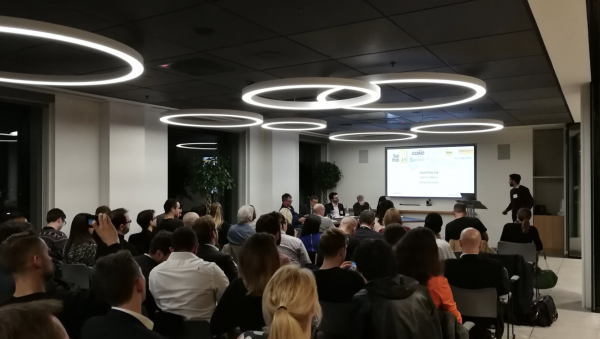 After impressive efforts from the competing companies, OpenPlay’s Nikhil Obhrai achieved a clean sweep and was awarded both the Judges Choice and Audience Choice awards. The judging panel, consisting of investors, agents and foreign nationals, unanimously awarded OpenPlay the prize.

Noted highlights of the presentation included OpenPlay’s fully in-house developed technology and   rapid international expansion which, thanks to recent signings in North America and Australia, has now spread across 4 continents.

The TechPitch 4.5 awards join a list of accolades and competitions won by OpenPlay which include the Ordnance Survey Geovation Challenge and London Legacy Development Corporations Capstone’s project amongst others.

To learn more about TechPitch 4.5, visit their website here