If you mention online sports booking to local authorities, there is often an immediate hesitancy. Assumptions are that it will cost the earth, residents will complain and it won't work anyway so what is the point? This mindset is fairly ubiquitous and explains why the grassroots sports industry has been slower than others to innovate into the digital age. Furthermore the background is bleak. Huge local authority funding cuts are on the horizon with park budgets being slashed at least 40% over the next 10 years. Common sense might suggest that investing in an online booking system for tennis courts would be extravagant and unnecessary with a squeeze on budgets. But here's the thing. Despite Andy's Murray's Wimbledon success and construction of fantastic new facilities such as floodlights and covered courts, tennis participation has continued to fall. It has fallen 9% over the course of 2013 alone, with only 406,000 playing regularly compared to 445,100 the year before. Understandably the LTA is therefore under huge pressure to increase participation or it will have over £10.3 million taken away from its budget. There's little ground for argument, numbers are falling despite significant investment and not enough is being done to engage people. Tennis also still struggles to shake of its reputation as a middle class sport played by a certain economic demographic. Unfortunately the only loser from all of this will be UK park tennis courts facilities suffering further as funds from local authorities dry up. 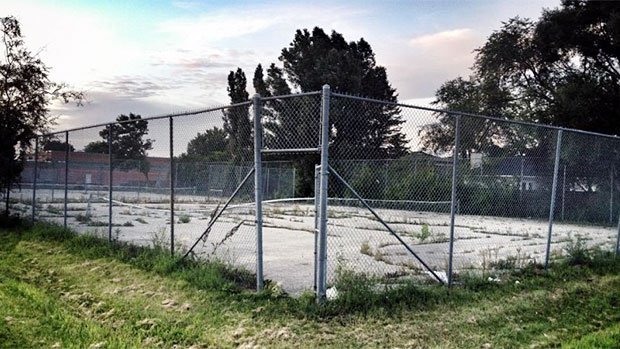 This situation can be avoided, but a change in mindset is needed What is needed is a paradigm shift towards securing sustainable sports facilities. Tennis courts are a prime example. There needs to be a complete change in consumer mentality. Currently broad assumptions are that park sports facilities such as tennis courts should be included for free as part of council tax. Fair play you might argue. Council tax isn't cheap and you often wonder what you get for it apart from your bins being emptied once a week (if you are lucky). However the broader point is that park sports facilities won't be sustainable in the long-run unless there is a change of mindset. This problem is already seen nationwide with a 1/3 of the UK's 15,000 park tennis courts considered unfit for purpose (Sport England 2013). That number will only  increase unless something drastic is done. Whether residents like it or not, they are going to have to start paying for these facilities or they will cease to exist. Further bad news is that the local authority budget cuts are only going to get worse adding yet more pressure on what are already seen as 'nice to haves' rather than important. So how do we get park sports facilities economically sustainable? The answer is simple empower communities to manage them and digitise the booking experience. This is why:

1. You can open up bookings and get more people playing

Examples could be social sessions, coaching groups, local leagues and tournaments. Why not give users the ability to record scores and connect with people they don't know? The point is that by giving users more than just the ability to book a court online you can not only solve other participation problems, you make people want to book and pay rather than just play for free. That is the fundamental key to making park tennis courts (and other facilities) sustainable in the long-run. Online booking should be seen as a catalyst to a world of problem solving possibilities, not just a remedy by itself.

This helps with marketing decisions. People are lazy when it comes to finding places to play and seeking opportunities to get active. So you have to break down the barriers and bring it to them. Online booking gives you usage stats so you can understand who is playing, how old they are, their gender, how far they have travelled and when they tend to play. The LTA has a database of over 800,000 people yet still have little idea what to do with it. Usage statistics can only help them tailor their email campaigns and understand their audience behavioural patterns.

3. Feedback about the state of the facilities

This helps with making sensible investment decisions. Is the net too low? Does the court need resurfacing? Is the perimeter fencing unsuitable? Are local children riding their bikes all over the courts? Getting feedback directly from users themselves is enormously important and easily achieved once someone has booked online. You just give them a button to leave feedback. People like to have their say and ultimately doing so should  help improve sports facility investment decisions.

4. Allow users to vote on how facilities are improved

Why not give them the ability to vote on how to spend any revenue? A democratic process will make the users feel like they have ownership of the courts and are playing a part in their long-term future. Current perception is that any fees are syphoned into the financial black hole of local authorities, rather than improving the facilities on offer. This relates to the third point. The more user details you have, the more connected you are to actually what is going on at ground level. So in summary, digitising parks sports facilities has to be the way forward, it's unavoidable. To help with that, sports bodies and local authorities need to take the handbrake off the pace of innovation in the grassroots sports industry. By engaging and working with the innovators they can give the grassroots sports industry the digital kick up the backside it needs. This explains why there are a lack of entrepreneurs attempting to challenge the status quo. That is a big problem for the sports bodies, but their mindset is at last changing. By Sam Parton Sam is co-founder of OpenPlay which helps sports facilities become financially sustainable whilst removing barriers to participation using online booking technology.