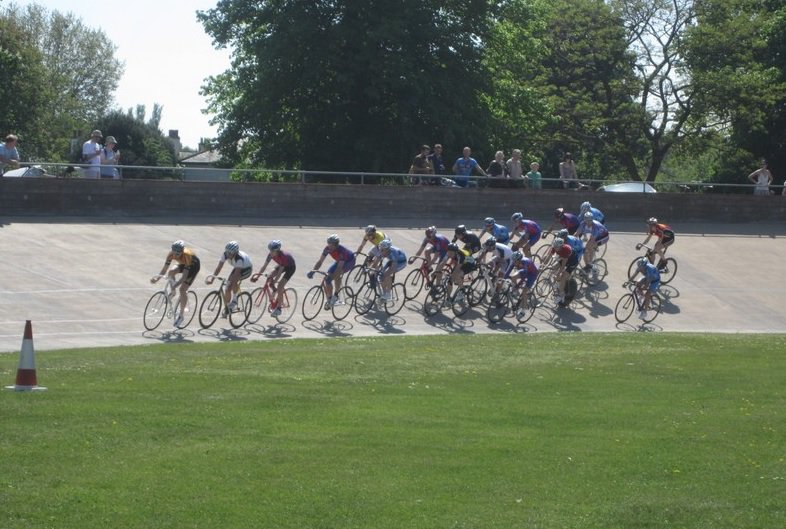 Herne Hill Velodrome by psyxjaw in the Londonist Flickr pool. Continuing our journey around the London's alphabetical sporting opportunities:

Ultimate Frisbee is an energetic sport involving two teams attempting to throw a Frisbee in to each other?s ?end zone?. The rules are very simple; you cannot run with the Frisbee or hold it for more than ten seconds. That?s about it. The best aspect of this American import is that all you need is a suitable open space, a Frisbee and some willing Frisbians. Most teams and clubs operate around London?s parks such as Curve in Clissold Park, ABH Ultimate in Hyde Park, Brixton Angels and Pyramus and Frisbee (PAF) on Clapham Common. Go Mammoth has a league in Wandsworth where you can join as a team or individual. London Ultimate also provides a useful guide to playing Ultimate Frisbee and try Club Finder if you want to play competitively in London leagues.

Unihockey can be described as ice hockey without ice, ice skates or protective clothing. It is usually played indoors and also known as ?Floorball? or even ?Brandy?. It involves two teams of six, with five outfield and a goalkeeper, who use lightweight, curved plastic sticks to hit a ball in the opposing team?s goal just like field hockey. It is mainly played in London sports halls, which are usually found in leisure centres or schools. Good examples of London unihockey clubs include the London sharks with two teams, the Great White Sharks and the Hammerheads, and The London Crusaders who play at the Haringey Sixth Form Centre for just £7 per game. For further information about leagues and teams, see the UK Floorball Federation website.

Cycling provided a treasure chest of medals for Britain during the 2012 Olympics and has seen a huge rise in popularity ever since. While the number of casual and recreational cyclists has certainly exploded, London?s velodromes could do with some love. Perhaps the most notorious is the iconic Herne Hill Velodrome, which is the only venue still in use from the 1948 Olympic Games. It has been recently resurfaced and offers cycling courses throughout the week for all ages, from complete novices to specialist sprint training depending on theweekly training schedule. The other main Velodrome in London is the Lee Valley VeloPark in North London opening in March 2014 which offers indoor track cycling and taster sessions from around £30. 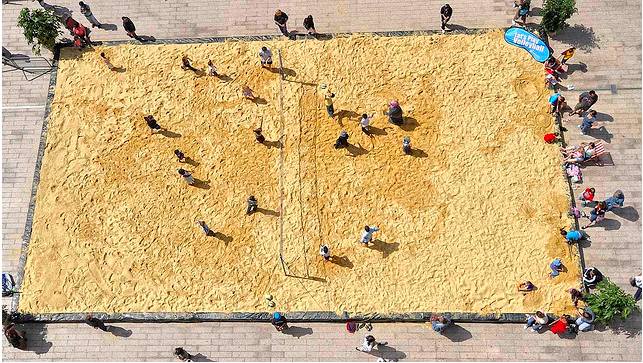 Beach Volleyball. By Mike King in the Londonist Flickr pool.

The popularity of Volleyball surged after the Olympic Games, which might have something to do with the eye-catching beach volleyball players. The result has been an increase in the number of beach volleyball courts in London. Excellent examples are the four courts atBarn Elms Sports Centre, three courts at Crystal Palace National Sports Centre, and the single beach volleyball court at the Marlborough Sports Garden in Southwark. Surprisingly these are even used in the heart of winter, with drop-in sessions and coaching classes on offer through the London Beach Volleyball Club. Indoor volleyball is the other format, usually played with teams of eight in sports halls throughout the capital. London Volleyball has an excellent club finder with indoor volleyball clubs available all over London. Most of the main clubs such as Tuskers Volleyball, Willesden Volleyball Club, Lionhearts Volleyball Cluband Mallory Eagles Volleyball Club have open sessions for new players. Sam Parton is Founder of OpenPlay, which makes it easier to find and book sports facilities in London.