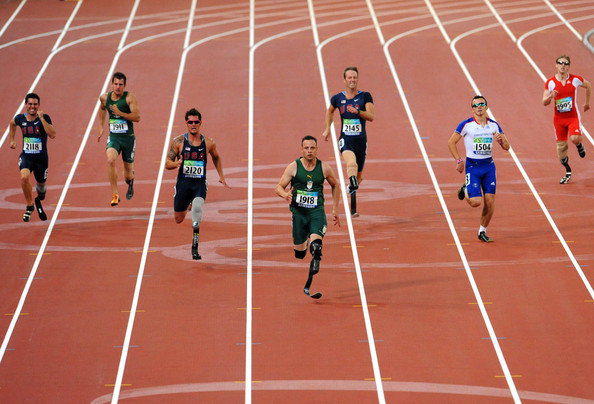 This is the first in a series written for one of London's most popular websites, the Londonist. Over the next 26 weeks we're bringing you London?s sporting alphabet from A to Z.  The goal is to help you find places to play and perhaps even try a new sport and it starts with the letter A:

Aerobics
Group aerobics classes have gained recent popularity, particularly with the 90% of Londoners not naturally motivated to get out and exercise. Aerobics classes range from high to low intensity, with popular high-energy classes usually named ?body attack?, ?body combat? and ?abs blast?. For beginners it is probably wise starting with low impact classes such as water aerobics, but you can always check with your gym or instructor to find out the nature of the class.

Popular gym chains offering aerobics classes include the main gym chains such as LA Fitness, Fitness First, David Lloyd and Nuffield Health. However despite their innate high quality, membership fees can be exorbitant and it may be worth checking out sites such as payasugym.com for cheaper London aerobics classes. Local leisure centres are also good sources so browse the UK Fitness Network for cheaper aerobics alternatives.

Aikido
Dating from the 19th century, Aikido is a Japanese art of self defence that uses an opponent?s own momentum to work against them through locks, holds and throws. The main advantage is that it requires very little strength, making it accessible to all ages. Both the London Aikido Club and London Aikido offer 10 week beginners courses for around £65-70. Otherwise the Sport England recognised British Aikido Board has a detailed Aikido Club Finder which is covers all of the UK Aikido Clubs.

Archery
Archery is said to date from over 10,000 BC making it one of the oldest sports around. The recent London Olympics has catalysed a surge in those fancying themselves as the next Robin Hood and this sport is inherently low impact and safe. With approximately 23 Archery clubs in London, the majority open to new members, why not give it a go? The London Archers stands out as one of the most renowned, shooting at Kensington Palace Gardens in summer and Pimlico in winter. Alternatively for more flexibility, check out 2020 Archery, a thriving indoor club shooting around the Tower Bridge area and offering courses for beginners.

The respective successes of Mo Farah and Jessica Ennis during the recent Olympics have helped spearhead a rise in the popularity of athletics. Whether you were you that unfortunate person who came last at school or that annoying individual who absolutely cleaned up, dust off your spikes and head down to one of the estimated 49 London athletics tracks. Battersea Park and the Ladywell Arena are both popular throughout the year with several clubs offering sprinting and long-distance running. London Athletics also offers a full list of London running clubs, many of which are affiliated to local athletics tracks.

Australian Football (?Aussie Rules?)
With an estimated 42,000 Australians living in London it is no surprise that pockets of ?Aussie Rules? activity are creeping up in parks all over London. This rugby and football hybrid is usually played on a cricket field, requiring considerable fitness to play and it?s certainly worth trying even if you are a frowned upon ?Pommy?. There are eight AFL registered clubs in London such as the Wandsworth Demons, West London Wildcats and North London Lions. Details of other clubs can be found on the AFL Great Britain website. For more casual games, it is worth checking parks around sizeable Australian communities such as Earl?s Court, Kensington, Fulham, Hammersmith, Shepherds Bush and Putney.


Other Articles in the London Sporting Alphabet Series