Where to Play Sport In London - Part R

Where to Play Sport In London - Part R 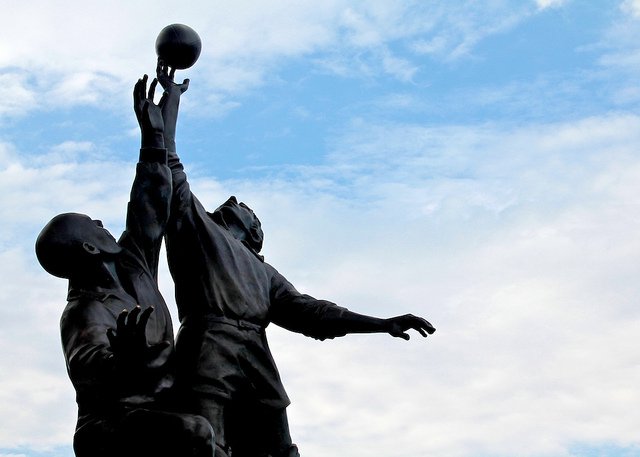 Image by @Doug88888 in the Londonist Flickr pool. Continuing our journey around the capital?s sporting opportunities, alphabetically. Q Quad Roller Skating This is a fantastically easy sport to get into and considered fairly ?old school? compared to its edgier inline version. Just strap on a pair of skates and hit London?s many parks. For slightly more advanced skaters,London Friday Night Skate organises a mass session around London departing from Wellington Arch in Hyde Park at 8pm. Cheap roller skates can be bought from the likes of Sports Direct and Skate Asylum and for a seriously entertaining evening, head to the Roller Disco at the Renaissance Rooms in Vauxhall. Mixing alcohol and roller skating, what could possibly go wrong?

R Roller Blading & Roller Hockey Whether roller blading is cooler than quad roller skating is hotly contested; however, it is undeniably more popular. Roller blades have four, all-aligned wheels and can be purchased from most sports shops, and specialists such as Slick Willies. The best place for roller blading in London is Hyde Park, and London Skatersoffer lessons to complete beginners, particularly throughout the summer, and including Roller Hockey. Another advantage of roller blading is that skate parks come into play, with aerial tricks performed by the brave. London Skateparks offers a large database of skate parks in London with photos, details of ramps available and size. OpenPlay also contains a good list of skate parks.

Rounders Considered one of the most sociable, relaxed and enjoyable sports, Rounders can be played anywhere with a bit of open space. Think baseball without the needs for helmets, tight trousers and hot dogs. Although predominately played by women, it often unites tods and vixens together, and is therefore an excellent opportunity for flirting. There are many dedicated Rounders pitches in London?s parks such as at Clapham Common, Hyde Park and Parliament Hill and there are also plenty of pitches available at London schools (particularly at female schools). Rounders England offer a useful selection of information relating to teams, clubs, schools and universities stating that there are over 190 Rounders teams across England.

Rowing Rowing is a popular Olympic sport and can be extremely competitive, with many enthusiasts devoting large chunks of their life to this sport. Aside from the popular outdoor rowing clubs usually clustered along the Thames, more casual versions can be found in many of London?s big parks, including Battersea Park, Hyde Park, Dulwich Park and Finsbury Park. All hire out rowing boats and in most cases pedalos too and tend to be open from March until October.

Rugby Rugby is popular throughout the world, particularly in Australia, New Zealand and South Africa and of course Western Europe. The object is to use brute force and speed to get the ball over the opposing team?s line. However there are four formats of this game which should be distinguished:

- Union This is probably the most common format, with two teams of 15 trying to out-muscle each other. Although there are plenty of London rugby pitches, the logistics of assembling 30 players mean you?ll probably need to join a club. To help you, Rugby in London offers details of many of London?s rugby clubs, such as Belsize Park Rugby Club, Hampstead Rugby Club and London Exiles.

- League Rugby league prevails in the north of England and involves two teams of 13 players. It is considered more physically demanding than rugby union and one of the toughest team sports in the world, with its stop-start nature. Examples of rugby league clubs in London include Hammersmith Hills Hoists, South London Stormand the London Skolars.

- Sevens This is a seriously physically demanding version of rugby, which is played with two teams of seven on a full size rugby pitch. The rules are virtually identical to rugby union and there are calls for this to be made an Olympic sport. Most sevens matches tend to be tournament-based and Find Rugby Now has details of upcoming events. Notable examples include the National Surveyors Sevens Tournament taking place at Richmond Rugby Club. For an international twist head to Poland for the Piotrowice Nyskie International Rugby Festival.

- Touch Rugby This is the most casual version, and the Rugby Football Union (RFU) has actively promoted this through ?tag rugby?. Rather than full contact, the object of the game is to ?tag? another player which equates to a tackle (and hurts a lot less). Tag and touch rugby are played throughout London with Try Tag Rugby and Go Mammothorganising local games throughout the capital. Otherwise just head down to one of the large parks in London such as Clapham Common, Eel Brook Common and Hyde Park and you will find a plethora of games taking place, which can you probably join in.

Running On the back of the recent London Marathon, there is no better event to catalyse dusting off your trainers and making the most of London?s iconic running routes. The Good Run Guide shows you some of London?s best running routes, and Parkrun organises runs all over the capital in over 30 London parks, particularly on weekends. One of the most famous running routes is around Richmond Park in South West London and Run Club London organises a weekday running event open to all as well as other London Park Running Events. If you just want straightforward athletics check out this directory of London Athletics Tracks.

Sam is the co-founder of Open Play, which takes the pain out of finding and booking sports facilities such as Wandsworth Tennis Courts.