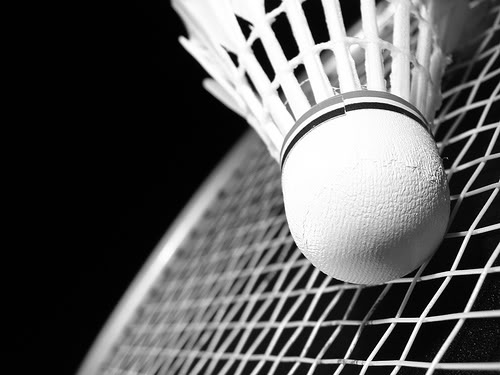 This is part B of our Where to Play Sport in London guide written every week for The Londonist. This time we bring you sports beginning with B such as badminton, basketball and boxing.

Badminton
Badminton is one of the fastest racquets sports in the world, with the shuttlecock reaching dizzying speeds of up to 200mph. It is also popular, extremely social and great for fitness with approximately 900,000 UK badminton players. Furthermore it is usually offered in most sports centres, such as the 28 sports halls run by Fusion Lifestyle. For pay as you play, try No Strings Badminton which offers drop-in sessions at a handful of London sports centres (Hackney, Wapping, Whitechapel). Badminton England, the main body for badminton, also offer a useful court finder with details of local clubs and courts. Finally, it is also worth looking out for local group badminton sessions, such as this fine example at Haberdasher?s Askes School in Brockley. Keep an eye out for notices on your local community forum or at your nearest leisure centre.

Baseball
Though not a British sport, and generally edged out in the UK by its baby sister called rounders, there are nevertheless a handful of baseball clubs in London. Arguably the most famous is Finsbury Park-based The London Mets. If you are just looking to have a bit of fun, head to Playgolf in North Wembley which is home to the UK?s first automatic American-style baseball and softball batting cages. For £20 you can have unlimited batting in the cages with different speeds available according to your level of bravado.

Basketball
The great thing about basketball is that free courts are in abundance, with the vast majority of London?s 33 councils offering at least a couple of free courts. Basketball is a truly international game, uniting different nationalities and backgrounds and a good place to start is your local park. London has over 100 free basketball courts and practice hoops, which are predominately in parks, schools and residential estates. For more organised leagues and games, head to Go Mammoth, which offers a handful of London basketball leagues for teams and individuals. For drop in sessions, have a look at Playfit who offer relaxed and friendly weekly games.

Bikram Yoga
Sometimes referred to as ?hot yoga?, Bikram yoga is a unique series of 26 Hatha yoga postures. The difference is that it takes place in a hot, sweaty room with the thermometer cranked up to 40 degrees. Sounds unpleasant perhaps, yet it is extremely popular due to its ?cleansing? and calorie-burning properties. The heat is also meant to help you stretch beyond your usual capabilities. Bikram yoga centres are constantly springing up, such as aptly named Bikram Yoga, Bikram Yoga Primrose Hill and Yotopia. Other popular centres include Fitness on Fire near Old Street and Bikram Yoga Wimbledon. Daily deal sites such as Groupon and Living Social also regularly offer Bikram Yoga discount deals, so keep your eyes out for those.

Boules
Also known as ?petanque?, boules is the French equivalent of bowls and popular in Southern France where it originated. Similar to bowls, it usually involves two teams competing to get their big ?boules? nearest to the little ?boule?. The difference is that the boules are thrown underarm, rather than rolled. You can actually play this sport in any London park or even in someone?s driveway by buying a set through John Lewis or Jaques London. However for more official games check out the London Petanque Association who actively promote this sport with a handful of clubs operating in London parks.

Bowls
Contrary to contemporary belief, you do not need to be over 60 and called Maureen to play bowls. In fact the beauty of this particular sport is that it suits anyone with a pulse, and has recently become trendy among London hipsters when combined with a couple of drinks. Even better is that London is bursting at the seams with over 150 bowling greens in London. The majority of the bowling greens are found in local parks and are usually operated by a club during the British ?summer?. Bowls England oversees UK bowling and offer a thorough club finder. They?re also actively promoting their cherished sport to a younger audience and unlike many sports, you actually tend to get better with age.

Boxing
This is probably one of the toughest sports around, and excellent for your all round fitness. The popularity of boxing gyms has exploded in recent years with boxing rising as a trendy sport for Hollywood celebrities. You will often find boxing equipment at many of the main gym chains such as David Lloyd and LA Fitness. If you are more serious, however, there are specialist London boxing clubs ranging from old-school, Rocky Balboa-style gyms such as Miguel?s Boxing Gym, Rooney?s Boxing Gym and Islington Boxing Club to the marginally less scary Total Boxer. For more sophisticated boxing, check out the five Gymbox boxing gyms dotted around Central London (Bank, Covent Garden, Farringdon, Holborn, Westfield White City). Finally, for a slightly quirkier twist on conventional versions of the sport, London Chessboxing mixes brains and brawn by combining chess and boxing together.


Other London Sports Guides in this series: