Where to Play Sport In London - Sports Beginning with C 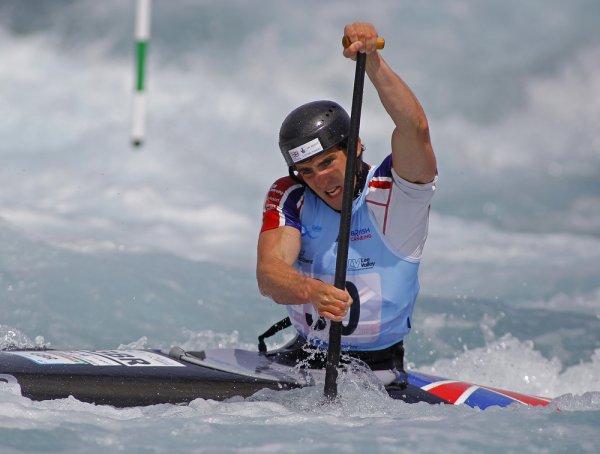 Where to Play Sport In London - Sports Beginning with C

This is part C of our 26 part series for which brings you the best places to play sport in London. This time it's sports beginning with C:

After Ed McKeever took home a stunning sprint canoeing London Olympic gold, this sport has since seen a considerable rise in popularity. The main types of canoeing tend to be adventure trips, white-water canoeing or more leisurely local paddling. The first place to start is Canoe England which helps you find your closest canoe centre and clubs. However, the standout London canoeing centre is the Lee Valley White Water Centre where you can tackle Olympic standard wild rapids, drops, holes and eddies. Basically it will scare the life out of you. For a slightly alternative London day out, London Kayak Tours offer canoeing trips around the Regents Canal and Hampton Court with all equipment provided.

London is hardly flanked by the Himalayas so your best bets are the handful of indoor climbing centres dotted around London. UK Climbing offers a detailed search facility for clubs and climbing walls, with approximately 20 or so climbing centres in London. Perhaps the most intriguing is Vertical Chill London in Covent Garden which offers ?real indoor ice climbing? - it is a bit like being in a giant fridge.  Other notable centres are the Crystal Palace National Sports Centre and the Westway Sports Centre, which both offer an extensive selection of climbing walls to suit all climbing levels. There are a plethora of courses on offer catering for complete beginners to advanced climbers and it is worth keeping your eye for deals relating to climbing.

The recent success of the England cricket team has given the country an insatiable appetite for this traditional sport. With approximately 46% of London covered by green spaces, cricket venues and clubs are plentiful, particularly as you move towards the suburbs. For regular players, the English Cricket Board (ECB) offers a club finder through Play Cricket. However cricket is notorious for being a bit long and boring so for an intriguing twist, Last Man Stands offers an eight aside format around several London parks, with games taking no longer than two hours. You can also always head to the many London cricket nets for a casual bat and bowl such as on Clapham Common or indoor at the Kia Oval. With the cricket season typically running from May to September, indoor cricket has become increasingly popular during the off-season, such as at Play on Sports in Canary Wharf.

Typically played with cucumber sandwiches and a glass of Pimms, croquet dates from 1856 and once featured as an Olympic sport. The object of the game is to hit wooden or plastic balls with a mallet through hoops, usually in teams of two. It can be played on any reasonably sized lawn by buying a croquet set from department stores such as John Lewis. However for serious players, the Croquet Association lists 16 croquet clubs in London, predominately away from the city centre. The Hurlingham Club in Fulham is probably the most famous venue as it is home to the world croquet championships. Membership is fairly exclusive with a lengthy waiting list, so you will probably need to wangle yourself an invite through a member or tournament.

Curling is a rather ?niche? winter sport, typically dominated by the Scottish. As a result UK venues are extremely hard to come by, let alone London. It is a game played on ice (without skates) between teams of four and is often described as ?bowls on ice?. The English Curling Association is very defensive about this description saying ?there?s a lot more to it than that?. Whilst you may find curling available at some of London?s ice rinks, Fentons Rink in Tunbridge Wells is the only purely curling ice rink in this country, advertising their venue as a ?cool day out?. ?Icy? what they have done there.

The latest Sport England participation survey showed an additional 200,000 people are cycling regularly and a further £1 billion will be spent on UK cycling related infrastructure by 2015. Cycling is usually cheaper, faster and better for the environment than other modes of transport. Moreover it is far more pleasant for commuting than having your head wedged in someone?s armpit. As a first port of call, the London Cyclist blog publishes useful articles about anything related to cycling. The TFL planner can help you find your route and the government?s Cycle Scheme allows you to save up to 42% off your cycling equipment. London offers a great selection of bicycle shops from larger chains like Halfords or Evans Cycles to friendly specialist bike shops such as Cloud 9 Cycles. Finally this article is not complete without mentioning the Boris Bike Scheme with 8,000 bikes and 570 stations around London giving cycling access to anyone with a bank card.