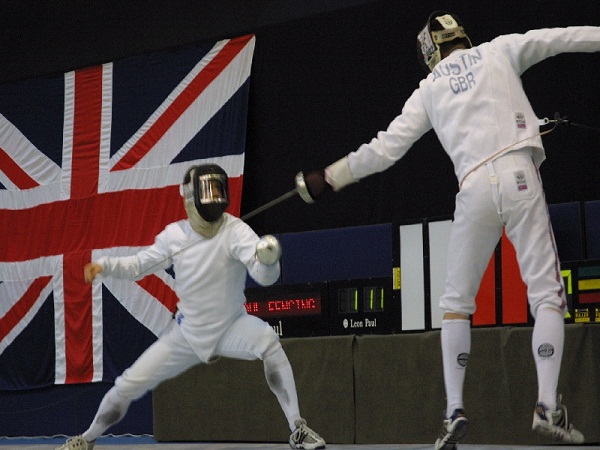 There are plenty of London Fencing Clubs and most are open to new members.

Continuing our alphabetical exploration of London?s sporting clubs and facilities.

Fencing
Dating from the 15th century, fencing is one of only five sports to have been played in every modern Olympic Games, with 145 federations around the world. The object of this sport is to hit or stab your opponent on various parts of their body with a sword. There is a choice of three differently weighted weapons ? épée, foil and sabre ? with scoring differing for each type of blade. Fencing requires excellent agility, with lightning reactions and movement a bonus. If you fancy yourself as one of the three musketeers, fencing clubs in London are plentiful, such as The City Fencing Club, Blackheath Fencing Club, London Thames Fencing Club and Wimbledon Fencing Club. British Fencing also has a Fencing Club Finder with most clubs open to blade flashers of all levels.

Fives
There are an estimated 4,000 fives players in the UK, and this number is rising. This sport is unique in that it involves hitting a ball against a wall with gloved or even bare hands. Think squash, without the racquet. To add confusion, there are several variations including Eton Fives, Rugby Fives, Winchester Fives and Warminster Fives, with Rugby and Eton Fives the most common formats. The court layout varies for each version, but the game is predominately played in teams of two pairs. A great example of a London Rugby Fives club is the Executioners Club playing at St Paul?s School in Barnes every Wednesday. The Rugby Fives Association also has a list of Rugby and Winchester Fives Courts, which are usually found at public schools around London such as Alleyn?s, Whitgift, St Paul?s and Stoke Newington School. Eton Fives courts are also in abundance with the UK Fives Federation offering a useful Eton Fives Court Finder. 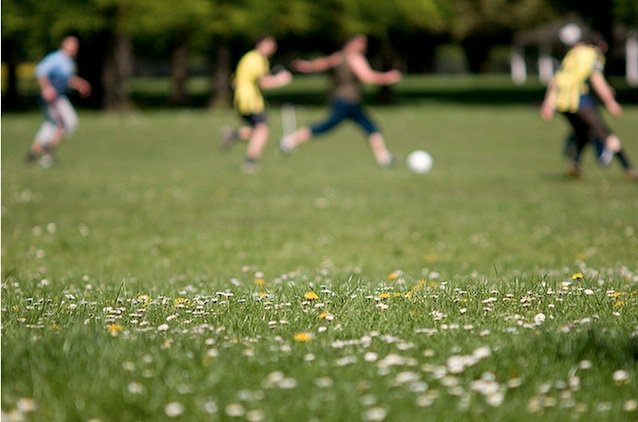 Football (5-a-side)
Football is the most popular team sport in the UK, with approximately 2 million people playing regularly. Participation in smaller games is on the rise, and 5-a-side football pitches can be found all over London. If you?re feeling a bit ?Van Porkie? and want to play but perhaps do not have anyone to play with, it is worth checking out Topcorner, 5aside and Go Mammoth. They all organise London 5-a-side football leagues and can help match individuals to teams. Around London?s suburbs, Goals Soccer Centres and their rivals Powerleague offer a range of venues with leagues and tournaments such as in Wimbledon, Tolworth and Chingford. Goals in particular have a useful player finder to connect teams and individuals together.

Football (11-a-side)
Full-size football pitches are available away from London city centre and are predominately managed by councils, schools and universities. There has been an unfortunate recent decline in 11-a-side football participation, with shorter formats preferred. London contains just 3% of the UK?s football facilities. But do not despair, use the FA?s Club Finder to help find a local London club if you want to play regularly for a team. If you have an assembled group ready to play, then you can find a pitch via this London Football Pitch Finder. However, time constraints, commitment issues and pure laziness are increasing barriers to participation, so check out initiatives like the recently launched Flexi-Football. You can drop in and out of weekend games in Clapham Common and Regent?s Park without ever committing.

Frisbee
Frisbee is one of those ubiquitous registered trademarks, like the Hoover or Sellotape, that has become the de facto phrase for objects of its class, in this case a flying disc. Various team games using a Frisbee have sprung up, and can be played anywhere with a bit of space. There are three main variations, ultimate Frisbee, Frisbee freestyle and Frisbee golf, the latter of which was covered here. Cheap flying discs can be bought at most sports shops such as Sports Direct or more specialised, authentic Frisbees can be purchased online at frisbeedisc.com. Ultimate Frisbee is certainly a thriving London sport. ABH Ultimate in Hyde Park, Curve in Clissold Park, Brixton Angels and Pyramus and Frisbee (PAF) on Clapham Common are examples of friendly clubs. London Ultimate also provides a useful guide to playing ultimate Frisbee and try Club Finder if you want to play competitively in London leagues.