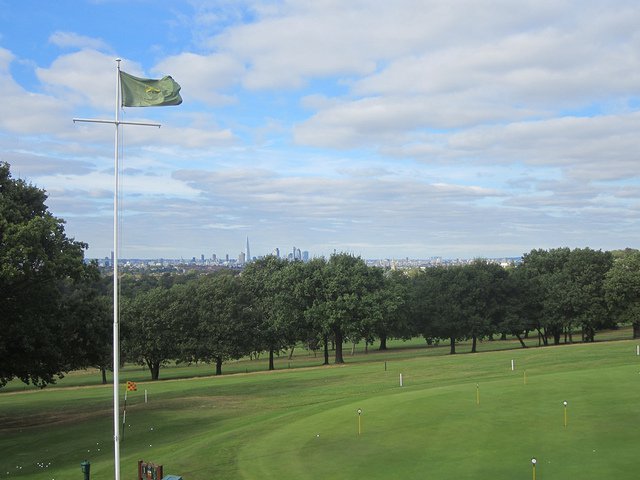 The spectacular views over London from Dulwich and Sydenham Golf Course. From Matt Brown

Continuing the journey to unearth London?s sporting alphabet, this guide brings you where to play sport in London for sports beginning with G:

Gaelic Football
This Irish sport is a rugby and football hybrid and is played by two teams of 15 on a rectangular football field. It is one of the few remaining amateur sports in the world and the object is to score a goal (like football) against your opposition. Whilst predominately played in Ireland, there are a handful of London Gaelic Football clubs to join. Dulwich Harps is one of the oldest London clubs, whilst Neasden Gaels, North London Shamrocks and the St Clarets CFC are other popular London clubs. London GAA also provides additional details of how to get involved in this physically demanding sport.

Golf
The roots of golf are debated, but it is generally believed to have been introduced to Europe in the Middle Ages and is the 4th most popular sport in the UK by participation. The problem is that it requires space, time and silly trousers, all of which are in short supply for Londoners. However there are solutions. Urban Golf now has three indoor golf simulators Royal Smithfield, Soho and Kensington. This is perfect if you are live or work around Central London or you need a slightly unusual way to entertain friends or clients. London golf courses tend to be further outside London with notable pay and play courses at Beckenham Place Park, Central London Golf centre in Wandsworth and Duke?s Meadows. For regular golfers, your best bets are Dulwich & Sydenham, Wimbledon Common or Muswell Hill Golf Clubs. Finally if you just want to annihilate a few balls, the World of Golf chain has driving ranges around the outskirts of London in New Malden, Croydon and Sidcup.

Go-Karting
Go-karting tends to bring out the competitiveness of even the most placid of individuals and involves racing around tracks at over 40 mph. Around London you are spoilt for choice. One of the largest companies is Team Sport, which has a centrally located track in Tower Bridge and another indoor circuit in Edmonton. Go Karting London has a 750m track in Mile End with speeds of up to 55mph and Revolution Karting is based close to Canary Wharf station. Further outside London is the exhilarating outdoor track at Surbiton Raceway with terrifying speeds of up to 68 mph on offer in case 40mph is not enough. Otherwise you can also use Matchtea to find a London Go-Karting Centre.

Goalball
The English Federation of Disabled Sport (EFDS) estimates that there are 11 million disabled people in the UK, yet only 18% of these people are undertaking the minimum of 30 minutes a week of exercise. This is why promoting sports such as Goalball is so important. Goalball involves two teams of three trying to throw a ball embedded with bells into their opponents? goal. It is designed for the visually impaired, although partially sighted players are given blindfolds to even up the playing field. London Goalball is open to all visually impaired persons and organises ?have-a-go? sessions around London. The national governing body, Goalball UK also have everything you need to do know about the latest tournaments and getting involved.

Gridiron (American Football)
Gridiron is essentially a colloquial name for American Football although it also encompasses Canadian Football and refers to the ?grid? system of the pitches. Whilst a minor sport in the UK, participation levels have recently increased, catalysed by the sell-out NFL games played annually at Wembley Stadium. For casual shorter formats, Go Mammoth organises a mixed 8 a side league at White City on Monday evenings, which you can join as a team or an individual. For serious players there are three main London teams to join: The London Warriors based in Selhurst, London Blitz in Finsbury Park and Crystal Palace based The London Olympians. The British American Football Association (BAFA) also has a useful club finder to help you find places to play American Football.

By Sam Parton (Founder of OpenPlay)