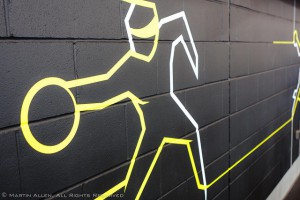 Continuing the voyage to bring you London?s best sports facilities:

Handball
Handball has seen a surge in popularity off the back of the Olympic Games when the England Handball website crashed under unprecedented demand. It is the second most popular sport in Europe and involves two teams of seven players attempting to throw a ball into the opposition?s net. It is hard to understand why it is still a relatively minor sport in the UK as it is similar to 7 a side football, you just use your hands. However the sport is growing and England Handball offers a club finder with around 17 clubs in the London area. Examples of popular London clubs include the London Great Dane Handball Club in East London, Olympia Handball Club London and the Ruislip Eagles. If you are interested in trying this sport, it is worth checking the England Handball news section for updates on London taster sessions.

Hang Gliding
A very popular and simple air sport, hang gliding is relatively easy to pick up taking only a few days to become proficient. After that the sky really is your limit! The Green Dragons in Woldingham, South London is a great place to start, with courses available for beginners. For a one-off session, Learn to Fly in Upminster offers a tandem flight for around £190 with discounts for weekday flying or small groups. The British Hang Gliding and Paragliding Association also have a Hang Gliding School Finder for places slightly further outside of London. It is possible to soar up to 16,000 feet and the UK distance record is 250km so potentially this could become a new commuting method?

Hatha Yoga
This is one the gentlest and most basic forms of yoga and will suit complete yoga beginners. Most hatha yoga classes tend to involve slow-paces stretching with simple breathing exercises and seated meditation. Yoga centres are now everywhere in London and the vast majority should offer Hatha Yoga. Notable examples include Hatha Yoga London, Yoga Place in Bethnal Green and Shanta Yoga in London Bridge. Most major gym chains and London leisure centres also tend to offer yoga classes. Furthermore hatha yoga tends to be one of the most common classes and good examples are the Fusion leisure centres such as The Ladywell Leisure Centre and Dulwich Leisure Centre.

Hiking
This sport is self-explanatory and although perhaps implies scaling mountains, there are still plenty of hiking opportunities around London. First port of call should be the 2,360 acre Richmond Park, London?s largest park with stunning views and galloping wild deer particular highlights. For more organised hiking the London Adventure Group unites walking enthusiasts of all kinds of nationalities and organises walks around London and beyond. Meetup.com is also good source for hiking groups and a great example is the catchy-named ?Outdooraholics? who tend to be young at heart late 20?s to early 40?s. There are some useful guides to London hiking such as London Hiker and the aptly named Walking Club can help you find places to go, particularly outside of London.

Hockey
Dating from the 18th century, hockey is played regularly by over 100,000 people in the UK and 116 countries worldwide. Traditionally this sport is 11 a side and played on either grass or astroturf, particularly in schools. Popular London hockey venues include the Battersea Park Astroturf, Paddington Recreation Ground and Kennington Park. Most of the larger independent schools also usually have at least one pitch such as Alleyn?s School and Dulwich College. Serious players can use England Hockey?s club finder to find their nearest club, with Blackheath hockey club the oldest club in the world dating from 1840. Recognising that time constraints are a major barrier to hockey participation, England Hockey has also introduced a fun new 5 a side format known as Rush Hockey. This is usually open to men and women making it ideal for flirting and is played all over London. Drop in sessions are also available for the time-poor, check out the Rush Hockey Game Finder for a game near you. Finally Matchtea.com also has details over 100 London Hockey Pitches.

Hula Hooping
Though usually seen in the circus, Hula Hooping is actually a popular sport and classes are available around London. It is said to tone and strengthen the body, teach you balance and physically massage the stress out of your body. To get involved in this sexy sport, check out the London Hula Hoopers who offer classes at various venues around London such as at the Old Lillian Baylis School in Vauxhall. The latest details can also be found on their Facebook page, which show all the hula hooping classes happening in various parts of London.

Hurling
This Irish sport is a cross between lacrosse, hockey and football with prehistoric roots having been played for over 3,000 years. It is arguably the world?s fastest team game, physically demanding and even brutal at times. Played on a Gaelic football field, with two teams of 15, the object of the game is to hit a small ball (Silotar) with a stick (Hurley) into the opposition?s goal or over the goal. Before helmets were made mandatory in 2010, you could usually easily identify a hurling player by their lack of teeth. The London GAA oversees hurling in London with details of teams and leagues. Otherwise the best hurling clubs to check out are the Kilburn Gaels, Sean Treacy?s and St Gabriels which all play to a high standard. In addition to being huge in Ireland, this sport is played all over the world such as in Australia, New Zealand and Argentina.