This week brings you to the half way stage in the where to play sport in London series.

This sport featured in the Summer Olympics and requires stamina and guts if competing at a high level. However more leisurely versions of it are popular to the masses and London has some excellent mountain biking areas, particularly around the periphery. The London Cyclist blog has a useful guide to areas to mountain bike in London, with particular favourites being Epping Forest, Epsom Downs and Hainault Forest. You can rent mountain bikes from many of London?s bikes shops such as Action Bikes, Moose Cycles and Cloud9Cycles and particularly those close London?s parks. A particular favourite for London mountain biking is the expansive Richmond Park in West London, with designated cycle routes and galloping deer around the undulating landscape. You can hire mountain bikes through Park Cycle for around £9 an hour and if you are lucky you may even see a dog called Fenton chasing the deer. 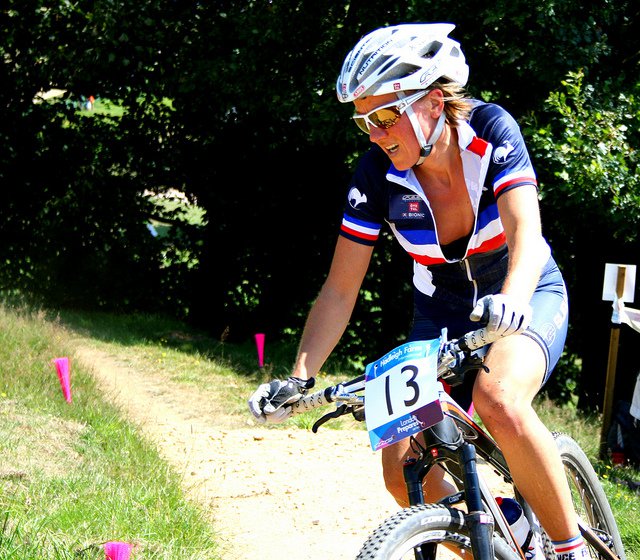 Image by Andy Wilkes in the Londonist Flickr pool.

This is another name for Thai Kickboxing and is a combat martial art form which originated from, you guessed it, Thailand. It involves the use of eight key weapons - your fists, elbows, feet and shins and fighters are said to be some of the toughest around and in optimum physical shape. Common manoeuvres include straight knee strikes, spinning heel kicks and double elbow chop, although the use of elbows has become increasingly prohibited. Muay Thai clubs can be found all over London such as at the London Fight Factory, Muay Thai Masters Academy, Thai Fight in Hammersmith and London Muay Thai at Diesel Gyms. Otherwise Muy Thai Clubs has a comprehensive list of many of the Muay Thai clubs around London.

The London Marathon is one of the world?s most famous endurance races and attracts participants from all over the globe. It has become so popular in recent years that the 2013 ballot entry was oversubscribed in less than 24 hours. Up to 50,000 athletes pound the 26.2 mile course which takes you from Blackheath to Tower Bridge, Canary Wharf and then finishing on Horse Guard?s Parade in Westminster. The London Marathon Ballot usually opens in April a few days after the previous event and you can find out all the details on the Virgin London Marathon website. However charity places are often available and the Running Bug provides a good guide. But if you cannot get a place do not despair as other half-marathons are also available around London. Run to the Beat starts and finishes at the O2 arena towards the end of October and attracts over 18,000 runners.

Otherwise known as MMA, mixed martial arts is a full contact fighting sport which combines techniques from a broad range of other martial arts. It encourages the use of both striking and grappling and has become extremely popular to a worldwide audience. Good examples of mixed martial arts venues can be found at the aptly named London Fight Factory , Mixed Martial Arts Den in Battersea, the MMA Clinic and Urban Kings Gym in King?s Cross. As a word of warn, this martial arts form can be brutal. It is not for the faint-hearted but most of the London clubs and venues offer beginners classes to gently ease you into this extremely physical sport.

There are two main versions of mixed hockey, 11-a-side and 5-a-side (Rush Hockey). The latter is a successful shorter format of the game concocted by England Hockey to get more people playing this popular UK sport. Mixed hockey games are usually more relaxed and social than same gender games, especially as usually both groups are keen to impress one another. There are some excellent examples of mixed hockey clubs playing all over London, such as the London Strollers Hockey Club, Barts and the London Mixed Hockey Club, Spencer Club and East London Hockey Club. Otherwise check out the Rush hockey site which shows details of where to play the mixed 5-a-side version.