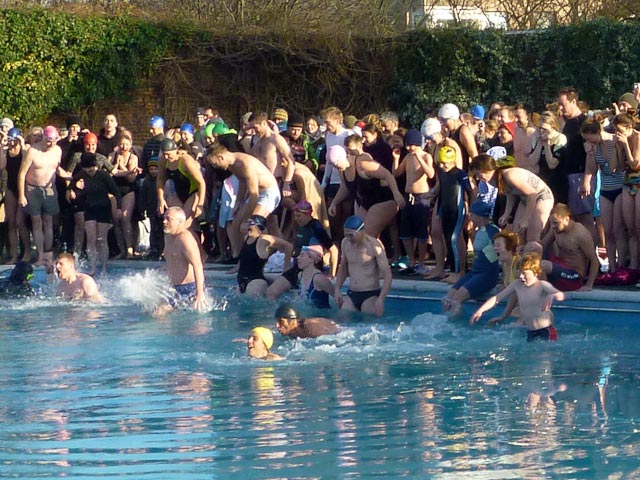 This week merges sports beginning with N and O to show where to get involved in London sport.

Netball is currently one of the fastest growing sports in the UK. Participation levels have increased 34% in the past four years alone. This new lease of life is thanks to new schemes from England Netball such as ?Back To Netball?, designed to make it easier to play casual games. It is essentially the equivalent of 5-a-side football (except that it is usually 7-a-side), and games and clubs are springing up around the capital. To find your nearest netball session, Netball England has a weekly timetable of games showing you how to get involved. If you want to find a netball venue in your area, use this sports finder from Open Play. Go Mammoth andTopcorner also offer netball leagues for both individuals and teams. However, if you want to play to a high standard, your best bet is to contact you nearest England Netball Regional Coordinator, who can help you find a local club.

Nordic Skiing
This is a fancy term for cross-country skiing, which is traditionally carried out on snow and is very popular in Nordic countries. Unfortunately, much of London is flat and only receives occasional snow, and therefore isn?t conducive to traditional formats of this sport. However, there is a solution ? roller skiing. This involves skiing around London parks using what amount to elongated roller blades and poles. The attraction of this unique sport is that it is a low-impact, full body work out and very sociable. Rollerski.co.uk offers one-day to four-week courses in Hyde Park and Windsor, with all equipment supplied. The London Region Nordic Ski Club is also open to new members and sends out a monthly email keeping you up to speed on its roller skiing sessions around London. Otherwise, you can easily teach yourself, especially if you have roller-bladed before. RMA Sports and Euroski supply all the equipment you need, such as skis, boots and poles.

Orienteering
This popular outdoor endurance sport involves navigating a course full of control points. Your mind and body must work in unison to complete the route in the shortest possible time. You will need your legs, trainers, a compass and your brain. Orienteering races are held every week, mainly in the forests and countryside surrounding London. Courses normally range from 1km to 10km. British Orienteering has an excellent list of the latest events and orienteering courses around Britain. South London Orienteers (SLOW) is London?s largest orienteering club, and holds regular events around London parks such as Bethnall Green, London Docklands and Richmond Park. A final, smaller organisation is London Orienteering Klubb, who hold events around North London such as in Hampstead Village.

Outdoor Rowing
While extremely good for you, rowing indoors on a concept II rowing machine is nowhere near as fulfilling as full scale outdoor rowing on the River Thames. Why have a hamburger when you can have steak? London has a plethora of rowing clubs. British Rowing has an excellent rowing club finder, which shows the majority of London rowing clubs. Most are clustered in West London, particularly around Putney, Barnes and Hammersmith, and they tend to use the River Thames. Good examples open to new participants include London Rowing Club, Furnivall Sculling Club and Thames Rowing Club. If you have never rowed before, check out Barn Elms Boathouse, which offers adult courses throughout the week for complete beginners.

Outdoor Swimming
This is a sport for the very brave, particularly since London seems to be in perpetual winter at the time of writing. Yet there are hundreds of swimmers around London who battle wind, rain or snow to hit the ponds, lakes and lidos dotted around the capital. Perhaps the most famous is the Serpentine in Hyde Park, which has a dedicated swimming area and club with membership from only £20 per year. Lidos are also an iconic feature of London. While mainly used in summer, there are still die-hard fans literally breaking the ice in the heart of winter. Some of the best examples are the 90m Tooting Bec Lido, Brockwell Park lido, Parliament Hill lido and Charlton lido. Even in summer these outdoor pools are a bit on the chilly side, but still make for a fantastic afternoon ,when (if) the sun decides to actually shine. A recent book, Taking the Waters, offers a guide to the various ponds and pools on Hampstead Heath, and their long association with outdoor swimming.

Sam is Founder of Open Play which helps you find and book London Cricket Nets and other sports facilities.