Continuing our journey around the capital?s sporting opportunities, alphabetically.

Padel
This is a racquet sport and described as a shorter format of tennis, with essences of squash thrown in. It is the most played sport in Spain and Argentina and, according to many sources, the fastest growing sport in the world. Its arrival in the UK is relatively recent and London is home to the UK?s largest Padel club, unsurprisingly called Padel Club London and located in Canary Wharf. Four courts are available and it is possible to hire the necessary equipment. Padel is set for explosion in the UK in the next few years (you heard it here first) and the Padel England Association offers a useful Padel club finder with courts springing up left, right and centre such as at the Harbour Club Chelsea.

Paintball
This has simply got to be one of the best sports ever invented, combining laughter and extreme pain with the objective of shooting one another with balls of paint travelling at speeds of well over 100mph. Naturally, finding suitable space for paintballing in inner London is virtually impossible; however, there is one fantastic exception, Bunker 51 in North Greenwich. This is a themed, decommissioned Cold War Nuclear bunker with two paintball playing fields where you have to battle to save the world from impending disaster. How can it get any better than that? Otherwise you will need to head out to London?s suburbs to find a suitable paintballing space. Delta Force is arguably the best with two paintball centres located within the M25 at Orpington and Upminster. These offer astonishingly innovative landscapes with scenarios such as ?D-Day Landing?, ?Flight DF777 ? Jet Hijack? and ?Afghan Village?. 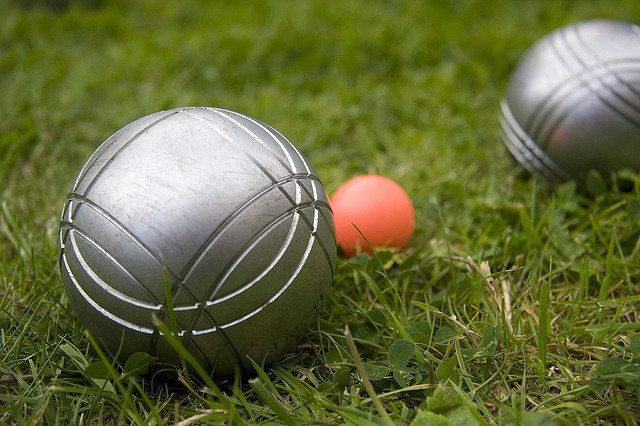 Pétanque
Petanque is France?s answer to bowls and is also known as ?Boules?. It is particularly popular in the South of France and can be played anywhere where there is a patch of grass. It was covered in Where to Play Sport Part B; however, just to recap, the London Petanque Association has a list of all the petanque clubs operating in London parks and Jaques London sells exquisite petanque sets. 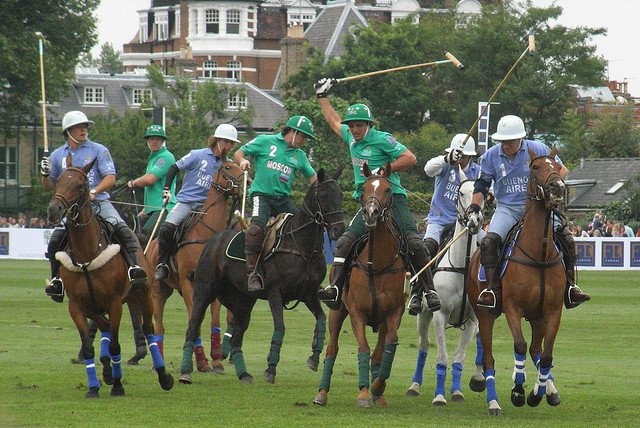 Polo
Often referred to as the ?Sport of Kings? and popular among the royals and upper echelons of UK society, polo is a combination of hockey/croquet played on horseback. The object is to score goals against an opposing team made of up four players over the course of two hours. It requires considerable space (300 yards by 160 yards) and pitches in London are therefore rare. However, Ham Polo Club near Richmond Park is the last remaining polo club in Greater London. It offers beginners lessons from £95 and learn-to-play days for corporates. Outside of London, Ascot Park Polo Club have ?learn to play polo days? and ?discover polo? lessons, only 40 minutes from London. If you just want to watch polo, pose in your aviators and drink Pimms, head to Mint Polo in the Park which takes place in June every year at Hurlingham Park near Parsons Green.

Power Yoga
Often conventional yoga methods such as Hatha and Iyengar can focus on breathing techniques that avid fitness enthusiasts might find a bit wishy-washy. Power Yoga is the answer to this. It offers a more dynamic form of yoga based on Ashtanga Yoga where you receive the typical flexibility and posture benefits but also work up a sweat due to its fast flowing, aerobic style. The Power Yoga Company in Parsons Green labels itself as London?s first power yoga studios and offers a suitable range of classes. Yoga London also is a good source for power yoga class information and centres.

Parkour
Parkour is a method of physical training where the goal is to overcome both physical and mental obstacles. It originated in the forests of France, where it was known as ?Le Parkour? or ?PK? and participants, known as ?traceurs,? would imagine they were running for their lives. Nowadays, it usually involves leaping around urban landscapes, buildings, park benches, cars, dustbins or whatever you can get your hands on. Southfields-based Parkour Generations has good-value classes catering to anyone from complete beginners to advanced enthusiasts. Furthermore, it offers a free class on the last Sunday of every month. Good spots for Parkour include London?s Southbank and Vauxhall Walls with a variety of structures to negotiate. Parkour Generations also has a Parkour Hotspots Map to help you find your ideal location.

Sam is the co-Founder of Open Play which takes the pain out of finding and booking sports facilities such as London cricket pitches.