The A to Z of sports facilities series is back with sports beginning with S:

How can you sail in London when there are no beaches, coastline and the River Thames is an open air sewer? Completely incorrect. There are actually a variety of places to sail, particularly along the River Thames such as Putney based Southbank Sailing Club and Ranelagh Sailing Club, Thames Sailing Club in Kingston and Tamesis Club further west in Teddington. Furthermore sailing clubs are not just clustered along the Thames, South Norwood Park and Lake has a year round sailing club operating on the sizeable lake with mini sailing regattas taking place every weekend. Wimbledon Park Watersports Centre has an even larger fleet of sailing boats and a full selection of reasonably priced courses. Further out to the west of London is the 700 acre Queen Mary Sailing Club with dinghy and windsurfing all year round and in the opposite side of town is Greenwich Yacht Club which overlooks the O2 Arena. 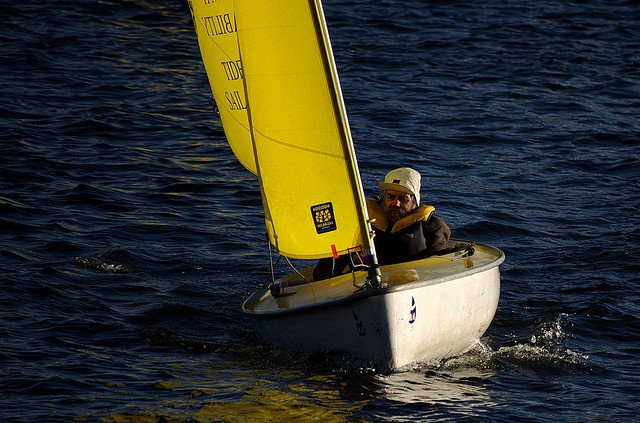 With snow appearing to fall more frequently, even in May, there are calls to open a public ski resort in London. In the interim, Eddie the Eagles should head straight to the Snow Centre in Hemel Hempstead which offers an indoor ski slope, jumps and private and group lessons on fake real snow. Also lying outside London is Bracknell Ski Slope which had a dry, artificial surface meaning that if you fall over, you will certainly know about it the next day. However it does have its own chairlift which more than makes up for the pain. Dukes Meadows in Chiswick also has a fascinating indoor ?Skiplex? which works like a treadmill for skiers. It can be rented on a half hourly basis and booked online with instructors available should you need lessons.

London skate parks are abundant and usually found in public parks around the capital. A major bonus is that they are almost always free to use. One of the trendiest areas for skateboarding is along the Southbank Centre where there is an iconic, covered skate park with a graffiti backdrop. Suitable examples of skate parks elsewhere include Belair Park, Clapham Common, Hilly Fields and Cantelows Gardens. To help find your nearest London skate park, check out aptly named Londonskateparks.co.uk which lists most of the skate parks in London. It has a range of photos displaying the main ramps on offer such as ?quarters? and ?flat banks? in case you are familiar with the lingo. 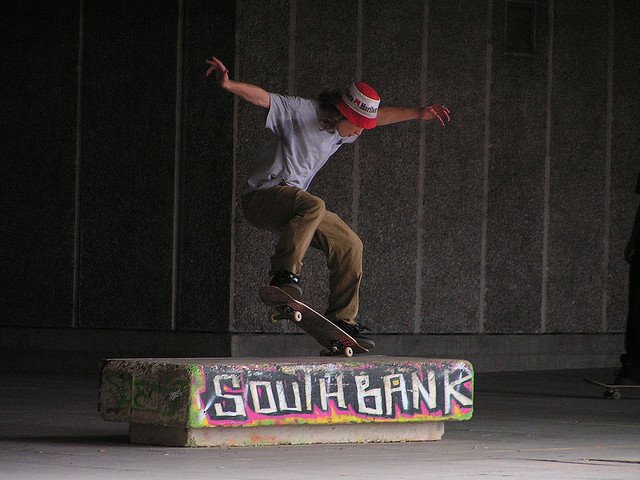 Scuba diving in the River Thames is certainly not comparable to the Red Sea, with a high chance of encountering what you excreted a couple of days earlier. So instead why not snorkel or scuba dive with sharks at the London Sealife Aquarium. Another option is to head to Waysbury where there are various objects underwater such as a boat, VW Camper, taxi and even a hoover! Buckland Lake in Kent is similar with a sunken airliner the most notable attraction and instructors operating on the reservoir. Whilst visibility at any outside diving venues is doubtful, coral and tropical fish unlikely and warm water improbable, arguably sunken boats and planes more than make up for this. Otherwise you can practice scuba diving in some of London?s swimming pools but you don?t get the thrill (chill) factor.

Whilst shooting can be a recreational street sport in some parts of London, there is also an increasingly popular legal version. The recently launched London Shooting Club offers a range of shooting services for all abilities such as beginners shooting sessions which take place at the West London Shooting School. An example of a central London shooting venue is the Stock Exchange Rifle Club with an indoor, six lane 25m shooting range directly underneath London Bridge. Other suitable shooting facilities can be found at the London and Middlesex Rifle Association and Croydon Rifle and Pistol Club for anyone who considers themselves a sharp marksman.

Snooker
Snooker is a rare example of a sport where you can use the pub as your training ground, scampi fries and beer can be your diet and you can even get better with age. There are several snooker clubs dotted throughout the capital and Snooker Games offers a useful snooker club finder. The most popular London snooker chains are Hurricane Rooms and Rileys with the former having the largest coverage in London. Rileys has snooker tables in Victoria and Woolwich and Hurricane Rooms has ten venues across London such as in Tooting, Enfield, Greenford, Kings Cross and Thornton Heath.

Having recently applied for inclusion in the 2020 Olympics, Squash England are trying to promote their sport throughout the UK. However public squash courts are declining, particularly in London where space is at a premium and they make way for more profitable uses such as fitness studios. Nevertheless public courts are still available such as at Balham Leisure Centre, Tooting Leisure Centre and Hammersmith Fitness & Squash Centre. England Squash has a useful court and club finder or you can use OpenPlay. Otherwise squash clubs are your next option and some such as Dulwich Squash Club, Southbank Club  and Coolhurst Tennis and Squash Club all represent good value, with social sessions and coaching available too.

Swimming is one of the best all round exercises around and if you are prepared to put in the hours you could end up with an enviable, triangular shaped physique. Broadly speaking, swimming areas in London can be split into indoor swimming pools, outdoor lidos and pond swimming, two of which are only advisable during the ?summer? or unless you are Russian. Notable examples of London?s iconic lidos include Brockwell Park, Tooting Bec Lido, Charlton Lido and London Fields Lido. These are particularly pleasant when (if) London gets sweltering. Good examples of pond swimming can be found at Parliament Hill and the Serpentine in Hyde Park, with the Serpentine open all year round for the foolhardy. Finally an excellent app to help keep you motivated is Speedofit which helps you find your nearest pool, opening times and keep track of your swims.

Sam is the co-Founder of Open Play which makes it easier to book sports facilities such as tennis courts in Putney.