Continuing the series, this week takes us to sports beginning with T. 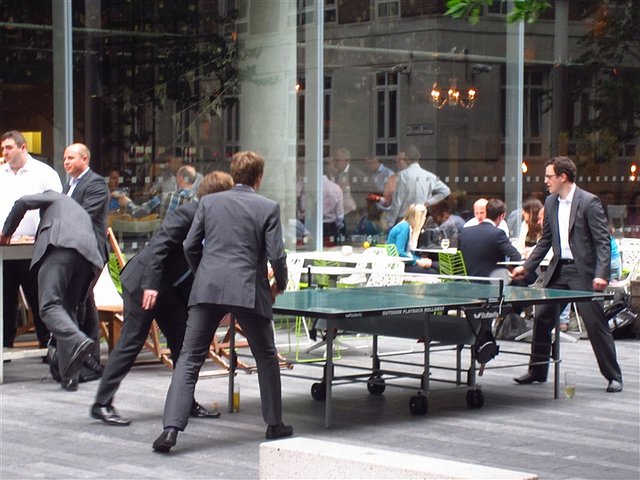 There has been notable surge in the popularity of table tennis with the realisation that you can combine it with drinking, although perhaps not effectively. Specialist ping pong venues have sprung up across the capital, such as aptly named Bounce in Holborn and Ping in Earls Court. These offer high quality table tennis and drinking under the same roof. Other pubs have also latched on to this trend such as the Rosendale pub in Dulwich and The Hurlingham in Fulham with outdoor and indoor tables on offer. For more sober table tennis, fixed tables are available in many London parks such as Dulwich Park, Rosemary Gardens, Paddington Recreation Ground and Shoreditch Park. You can see a list of the main outdoor table tennis tables in London via the England Table Tennis Association. However if you cannot face the weather, many sports halls and leisure centres tend to offer table tennis such as those operated by GLL, DC Leisure and Fusion Lifestyle.

There are hundreds of martial arts however taekwondo is one of the most widely recognised especially after GB medal success in the Olympics. Originating from Korea, it involves kicking and striking your opponent and requires speed, flexibility and strength. There are numerous examples of London taekwondo clubs including Taekwondo London which has classes in Southwark and Barbican and Hwarang Taekwondo in Euston. British Taekwondo also has a useful Taekwondo club finder which lists most of the clubs available in London.

Arguably one of the best sports ever invented trampolining literally helps put a spring in your step. It is not only excellent for core strength, balance and flexibility, it also helps your self-esteem and releases your inner child. Furthermore there are examples of clubs open to adults and children such as Kingston Trampolining, Ace of Clubs and the YMCA Club which all have dedicated adult sessions. Leisure centres and schools also often have trampolining clubs such as at Whitechapel Sports Centre, Tooting Leisure Centre and Swiss Cottage Leisure Centre. British Gymnastics has a tool to help you find your nearest trampolining club.

After Andy Murray set the world alight at Wimbledon, tennis participation received a much needed boost, catalysed by this summer?s rare London commodity ? sun. There are over 700 tennis courts across the capital typically found in clubs, schools, parks and leisure centres. Excellent examples include All Star Tennis venues Tooting Bec Common, Furzedown Recreation Ground, Leader?s Gardens, King George?s Park and Wandsworth Common. You can use this tennis court locator or the LTAs All Play Tennis initiative to find other courts or join in coaching sessions.  Other notable examples of London tennis courts are Burgess Park, Bruce Castle Park, Albert Road Recreation Ground and the centres operated by GLL and Fusion Lifestyle. Finally if you want tennis coaching check out Upmysport who can connect you with tennis coaches around London.

The only sport where getting a ?turkey? is actually a good thing, tenpin bowling is hugely popular and social. Unfortunately bowling lanes around London have declined over the years such as the iconic Streatham Megabowl. However there has been a more recent resurgence of trendier bowling spots such as All Star Lanes which mixes drinks, dancing and bowling together at their centres in Holborn, Brick Lane, Stratford and Bayswater. They are the perfect place for an office party, social hangout or even a hen party. In fact Bayswater has a disproportionately large number of bowling centres with Queens Ice Rink and Bowl making Bayswater a veritable bowling haven another. A final option is to check out Ten Pin who have centres in Acton, Bexleyheath and Croydon in the outskirts of London. 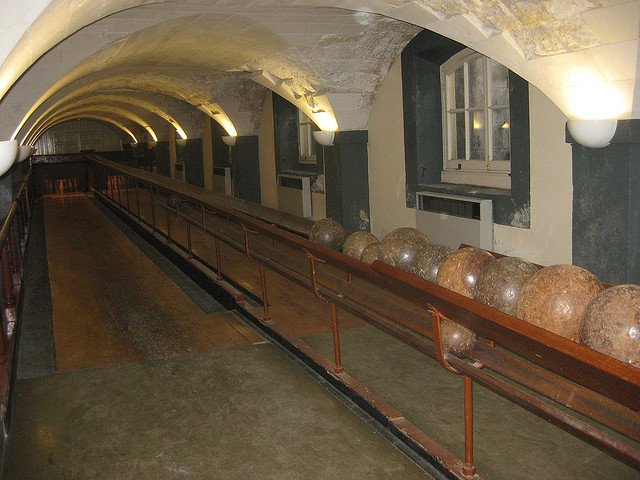 After the successes of the Brownlee brothers in the London Olympics, triathlons are incredibly popular and are broadly considered to be the most physically demanding challenges around. There are four main types, with varying distances; sprint, olympic, half ironman and the gruelling ironman. It involves swimming (0.3 to 2.4 miles), cycling (12.4 to 111.8 miles) and running (3.1 to 26.2 miles) with the distance depending on your level of insanity. The ironman is the most notorious since it finishes with a full marathon, as if to say cycling 111.8 miles and swimming 2.4 miles is not enough. Tri247 has a list of the latest triathlon events around the UK although most sell out quickly. The Virgin Active London Triathlon is the main triathlon taking place in London however British Triathlon has other events within 40 miles of London such as in Crawley and Windor.

Sam is Founder of OpenPlay which makes it easier to find and book sports facilities. Please vote for OpenPlay in the Shell Livewire Grand Idea Awards.